GST to Change the Face of Warehousing

New-age warehousing and logistics in India would be midwifed by the goods and services tax (GST), which also aims to transform the South Asian nation into an integrated market for the first time since Independence. Small and often ill-equipped storage space in the country would now give way to neatly stacked, air-conditioned warehouses, with higher levels of automation, as India ushers in the biggest tax reforms since 1947.

And driving the change in India’s supply chain landscape are the consumer goods companies, such as Hindustan Unilever, Glaxo SmithKline and Johnson & Johnson. These companies are now putting out tenders for consolidating their supply chain operations into bigger warehouses.

The new facilities will now cover about 450,000-500,000 square feet of space, almost five times the biggest warehouses in India right now. Logistics majors such as DHL, AllCargo, and Mahindra Logistics are leasing bigger logistics spaces, while real estate developers such as Everstone Group’s In doSpace are investing billions in building bigger storage facilities.

The Indian supply chain arm of the Deutsche Post DHL Group, the world’s largest logistics company, is investing ¤150 million in more than doubling its warehousing space in the country to 7 million square feet.

IndoSpace, India’s top builder of such facilities, is investing $1 billion to set up 30 million square feet of warehousing space in the country. IndoSpace is a venture of the Everstone Group and Realterm Global.

“There is a major spell of consolidation in the warehousing segment right now,“ Pirojshaw Sarkari, CEO of Mahindra Logistics told ET in a recent interview.

“Historically, all warehousing was based on tax laws. That meant that in nearly every state, a company needed to have a warehouse, which was more of a godown. Otherwise, it would have to pay central sales tax and state sales tax. Post GST, with a uniform tax structure, large-format modern warehousing will come up in a big way. And they will be closer to consumption centres,“ he added.

ONE NATION, ONE TAX

Under the new tax regime, a centre and state GST will be levied on a common base of goods and services and an integrated GST will be levied on inter-state transactions. It seeks to obliterate the multiplicity of taxes, mitigate cascading tax impact, do away with multiple checkpoints thus ensuring smoother transportation, make for seamless credits and rationalize the warehousing structure in the country while improving cargo transportation standards.FMCG companies are taking the lead on the warehousing side. Mahindra Logistics recently won a bid to manage a 250,000 square feet of warehousing space at Vapi, Gujarat, for Hindustan Unilever, said Sarkari.

GSK and Johnson & Johnson have put out tenders to consolidate warehousing functions, he added. A spokesperson for Hindustan Unilever said it didn’t have “any specific comment“ to offer. Emails sent to GSK and Johnson & Johnson remained unanswered when the report was sent for publication. “The consolidation will incentivise the holding of inventory at select locations,“ said V Balaji, CEO contract logistics at Avashya CCI Logistics.

The exercise will potentially lead to a 15%-18% savings in logistics costs for a company, he said.

Balaji said FMCG companies currently have more than 60 warehousing facilities scattered across the country. Those will be clubbed to 12-16. Avashya CCI currently has 23 warehouses in the country.

That number will remain the same even though space will increase twofold.

Companies from other sectors are getting into it too. Vodafone, for instance, clubbed its entire warehousing functions of seven different circles in the western region to one mother warehouse in Pune, said Sarkari, whose company got the contract.

In Vodafone’s case, the scope of the project also included redesigning the warehousing structure, which meant Mahindra and consultant Ernst & Young also had to map a whole new hub and spoke warehouse network, he added.

Property developers were the earliest to sense the change in trend.

“As a company, we have always focused on a post-GST scenario and generally stuck to building large warehouses up to 500,000 square feet. Recently, we have seen a pick-up in demand for such facilities among our customers. What GST does is remove the punitive nature of the current structure and the biggest benefit will be in terms of reduced operating costs,“ said Brian Oravec, CEO IndoSpace, which has 24 logistics parks across the country. More companies in the automotive space are now looking at setting up stockyards to stack up vehicles instead of transporting them straight to the dealerships from manufacturing centres. The shift will lead to higher standards in automation with some investments towards robotics.

Mahindra Logistics, for instance, is looking at alliances with robotics companies for its bigger warehouses, said Sarkari. Frank Appel, the global CEO of DPDHL, said in a recent interview that the company would in the future carry out some pilot projects in India in the robotics space.

He did, however, point out that cheap labour costs in India make it more feasible to invest in manpower here. DHL is already doing paperless picking and sorting at some of its facilities.

“Right now, our warehousing presence is primarily in and around metro cities. The next phase is going to state capitals such as Lucknow and Jaipur,“ said Vikas Anand, MD, DHL supply chain, India. Avashya CCI Logistics is planning to spend 250-300 Crore in upgrading the automation processes at its facilities, said Balaji.

Facility usage patterns may also change after GST is introduced.DHL’s facility in Bhiwandi, Haryana is a multi-client site catering to companies in the automotive, retail, and FMCG sectors.

To be sure, a large patch of uncertainty over the new regime has led some companies to adopt the wait-and-watch stance.

One response to “GST to Change the Face of Warehousing” 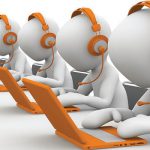 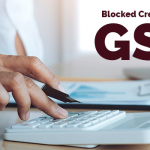